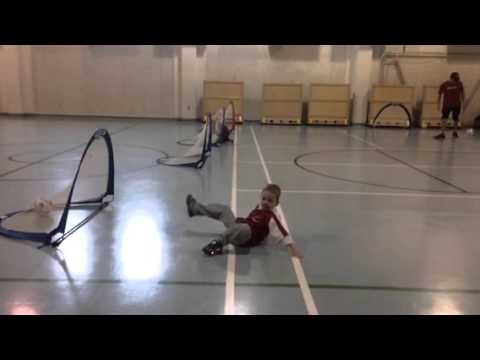 I am the mom of two boys.

I’m not afraid to admit that the thought of raising boys made/makes me fearful.
When they were little I was mostly afraid of caring for a child that wasn’t the same gender as I. Would I know where to clean? Would I be useful when they needed help going to the bathroom?
Short answer: I was very useful and I totally figured out the whole “caring for a boy” thing.
But now they’re a bit older and I worry about things like: How will I relate to two boys who have such different interests than I do?
Despite my efforts to get them into drama and dancing (my personal interests), they have gravitated toward things that I just don’t understand.

I don’t play sports and I don’t like monster trucks. I can’t name anyone from Star Wars and I don’t know the difference between an Avenger and a member of the Justice League.

I squealed this afternoon when they were picking up juicy, fat worms who had emerged during a rainfall and I will never understand this bizarre rock collection they are obsessed with creating.

So, ya, being a mom of my specific boys with their specific interests is a little different for me.
But let’s go back to sports for a second.
As someone who has never played sports (not for lack of effort, I assure you, but more for serious lack of ability), pre-kids Sarah often wondered how important it really was for my kids to play sports.
Let’s face it, sports are not an inexpensive hobby. Registration alone costs a lot, then there is the equipment and time investment. Multiply the cost, time and frustration (how can I be at two practices at the same time!?!?!) by two kids and you might be living my life.
Truthfully, I didn’t look forward to my kids participating in sports, but they do (by their own choosing) and the more they participate the more I am happy that they do. Sports have made a huge impact on my boys- I have seen them develop physical, emotional, and mental skills sets that I’m not certain they would have developed without sports in their life. Here are just a few ways that sports have made a difference:
1. They’re more confident.
Although I wouldn’t say either of my children suffer from lack of confidence, the ability to participate in and (on occasion) master an athletic skill has given them the confidence to tackle new challenges head-on. They feel like they can do it, even it if it’s not easy at first. They have also gained body confidence as they learn what their body is capable of and they begin to push it to work harder and faster. Confidence alone makes sports worth it to me.
2. They learn to listen and respect.
Whether participating in a team or individual sport, both of my boys have learned to listen to their coach. This is huge. They not only listen to their coach but they listen with reverence; they WANT to hear what he has to say and they WANT to follow his instructions. I have seen that carry over into their school life more often than not. (I’ll let you know when it spills over into their home life, ok?)
3. They learn to lose.
I am a sore loser. I hate to lose. Maybe it’s because I never played sports (probably not, but you never know), but I will dwell on loses for years. I don’t want that for my kids- I want them to learn to lose with grace and learn to pick themselves up, dust themselves off and focus on the next day/game. That’s what participating in sports is teaching them. Mind you, they will still cry when they lose at UNO or don’t get to chose which movie we watch, but I can see that they are beginning to grasp the concept of not always being the first or the winner.
4. They have fun.
We have a one sport rule in our house. Each child chooses one athletic endeavour that they can do for a “season” (whatever that entails). This season my oldest is in karate and my youngest is in soccer. They chose the sport, they enjoy it, and we enjoy them enjoying it. When it becomes not fun, it’s time to move on. I’m under no illusion that my boys will become athletic superstars (maybe they will but most likely they won’t) and I don’t want them to suffer for the sake of athletics, but I do want them to enjoy playing and developing their skills. The fun aspect is often overlooked but oh so important.
5. They really bond with their dad.
Their dad is super athletic. He’s never pushed them into sports, but I have seen the bonding process develop as their skills and interest in sports develop. Some days, one of the boys and their dad will just leave the house and play catch; they might slip out the back door and practice soccer kicks in the backyard; they laugh about sport things that go way over my head. So, ya, there is a real bond developing from an enjoyment of doing the same things that I might not totally understand but I really, really enjoy seeing.
Sure, there are a million other reasons that sports matter for kids: there’s the exercise aspect (not a personal worry of mine, but a consideration nonetheless), the fine motor skills, and so many other things that come along with being part of a team or mastering an athletic skill. But really, in the end it’s the life skills they’re learning that are making the biggest difference and making me a believer in the importance of sports.

(Also: sports give me a reason to use the Slo-Mo option on my camera! #winning)
RELATED POST:   Letting Them Down