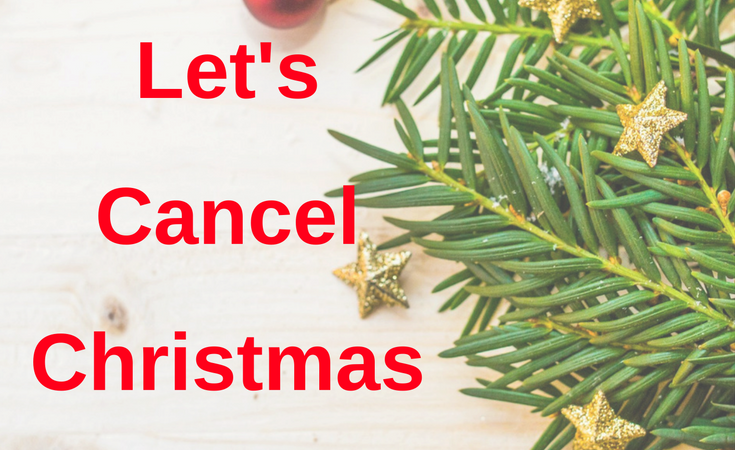 “Why do we bother with Christmas Concerts anyway?”

That’s my inner dialogue as I circled the blocks surrounding my kids’ school, finally finding a spot at least a 5 minute walk away, only to find myself elbowing my way through a sea of parents and grandparents, fighting toward the seats that my husband has saved [with huge difficulty, mind you, because other parents refuse to accept saved seats!], just for the chance to catch a glimpse of my kid singing one single song at his “concert”.

And all I could think the whole time was, “WHY”?

Let me take you back to the ’80s, when I was in elementary school. Our Christmas Concerts were a production. Actually, that deserves capitals: PRODUCTION!

We had lights and musical theatre numbers, costumes and lines [that we memorized!]. It was at least 2 months of work but it was always amazing and probably the reason I became so interested in theatre in the first place. We put in real effort, even in grade 1, and came out with a beautiful product that our parents looked forward to.

We had parent volunteers sewing costumes and doing make-up. Kids who didn’t want to perform still participated as set decorators and stage hands. We all had a part to play and it was an experience we all looked forward to year after year.

Before I go any further, I want to be clear that my kids go to a phenomenal school that I adore. However, having just attended their annual Christmas Concert, I can’t help but ask: why bother?

I’m not a party pooper and as a former teacher, I GET the amount of work that goes into a Christmas Concert, believe me! I get the HOURS of preparation and blood sweat & tears [I was the one who put on our school’s concert so trust me when I say I GET IT!]. I also get that the massive school board cuts have absolutely decimated school staffing, specifically in the area of music and drama.

RELATED POST:   The time we found a nail in our Halloween treats

So, I say again, WHY BOTHER?

When a Christmas Concert is a few classes singing one song each, with a poem or two read in between, why bother? Why make parents take time off work, frantically rush home from their job, try to throw some kind of food in their child’s mouth and scrub them down, buy new “fancy” clothes, circle the 5 mile radius around the school for hours, sprint through snowbanks in heels, karate chop grandmas trying to get to a seat (there are never enough seats!), and sit, sweating, in an overcrowded auditorium…all to see a single song. WHY DO WE BOTHER!?

If we have gotten so worried about offending with certain songs, or focusing too much on the way one group of people celebrate the holidays, WHY BOTHER?

If we have to present a watered down version of what Christmas Concerts used to be – due to time, lack of support staff, or whatever the case – WHY BOTHER!?

So, what’s the answer? Well, as much as this sounds like a bah-humbug answer, why don’t we do away with the Christmas Concert?

Hear me out: I’m not saying goodbye to Christmas (or the holidays in general), but I am suggesting that putting on a nighttime concert that isn’t a production simply is not the best use of ANYONE’s time.

Instead, focus those kind of celebrations in the school. Do a “Holidays Around the World” unit where kids can deep dive into how others celebrate the holidays. Teach each class the same songs and have a school-wide sing-a-long in the auditorium (and parents could absolutely attend and join in!), have a movie day with jammies and snacks! Have an Elf on the Shelf that visits your class daily and is a little bit naughty (just a bit tho!), make really personalized crafts that students can give to their parents as a gift (like a snow globe!), or have a holiday baking time!

There are so many fantastic options that schools could use to celebrate the holidays with students that DO NOT involve putting on a half-assed “concert” – options that I would frankly prefer to see my kids participate in.

And while we are ditching the Christmas Concert, don’t think for a minute I’m suggesting we should ditch opportunities to get our kids performing. In fact, I want them to perform a little bigger and a little better. If we’re not putting effort into the Christmas Concert, let’s throw it behind a really well done Spring concert, with costumes and makeup, stage hands and set design!? Why don’t we bring back the productions that show kids what is possible to achieve when they work hard and work together? Why don’t we put our efforts into ONE really great and fun experience in the spring – something everyone looks forward to!?

So the grinch in me is finally saying what parents everywhere are muttering under their breath: Let’s Cancel Christmas [Concerts]!

Down with Christmas Concerts but WAY UP with the holiday spirit! 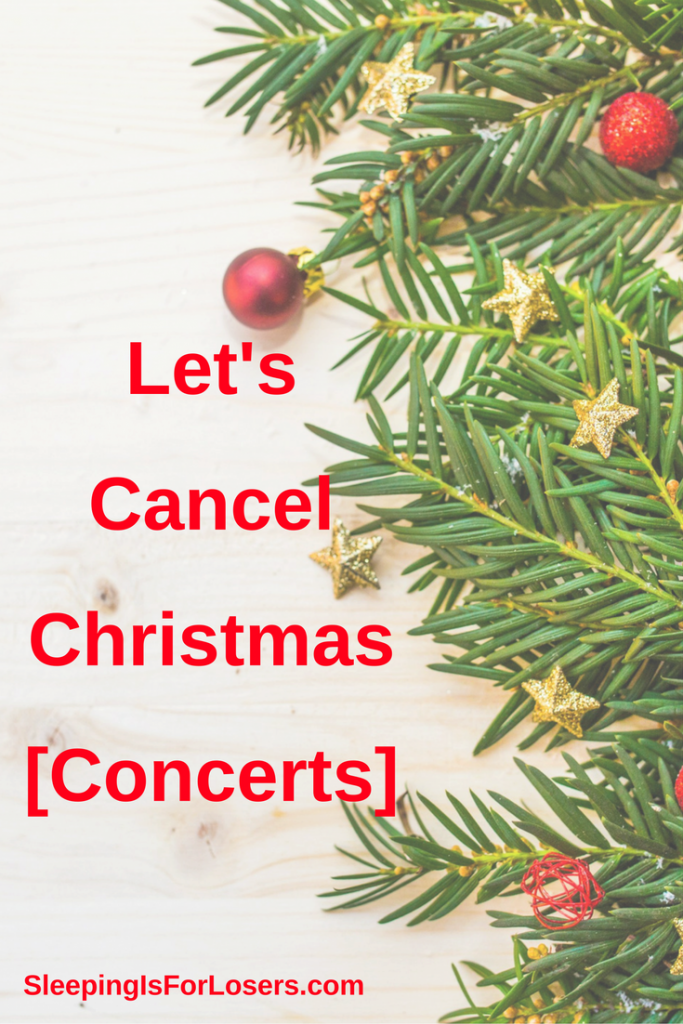